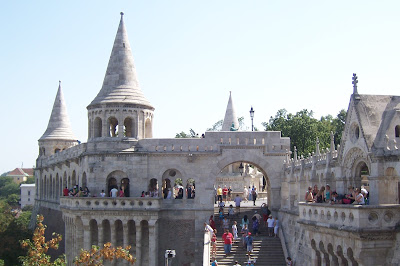 I had low expectations for Budapest mostly because of my own ignorance of this ancient, amazing city. Whenever you hear of Eastern Europe, invariably Prague gets mentioned, or perhaps Warsaw. Prior to our August trip we'd never been to Eastern Europe. I am so sorry that was the case! We're definitely going back, and Budapest is high on my list due, in part, to the baths.

Unfortunately, I do not have many photos from this particular evening out to dinner at Castro Bisztro because it was directly after we visited the famous Széchenyi Baths, and I had not brought along my camera (not even my purse!) simply because I wasn't sure if we'd have a secure place to store stuff while we visited the baths. Silly me, not only could we store stuff, but we could rent a small changing room, with a lock activated using the wrist watch-thingy they assigned to us. Very modern, very amazing, and how I wish we had visited the baths every day of our trip! We almost did not go at all, because we were not sure if children were allowed (we'd read they were discouraged) but not only were there a few (admittedly less than a dozen) kids there, it was no problem blending in with the hundreds of people in the many, many natural spring baths. The water was incredible- I've never felt anything quite like that- healing, soothing, smooth. Of the 20 or so baths inside, I most enjoyed the ones marked '30 degrees'. Yes, different baths were different temperatures, and seemed to contain different amounts of the famous chemical cocktail said to heal various illness: sulphate, calcium, magnesium and bicarbonate, to name a few. It did smell a bit like rotten eggs, but not overly, and once you slipped into the water, all you felt was 'ahhhhh'.

The restaurant I'll tell you about was down a side street, past other fine looking establishments, and yet completely worth the extra walk. Castro Bisztro had both meat and vegetarian options and catered to both those seeking traditional Hungarian fare and also offered fusion style. Their trance-style music and mismatched chairs made me feel comfortable. I'm sure post-baths I was in a great mood for good food. 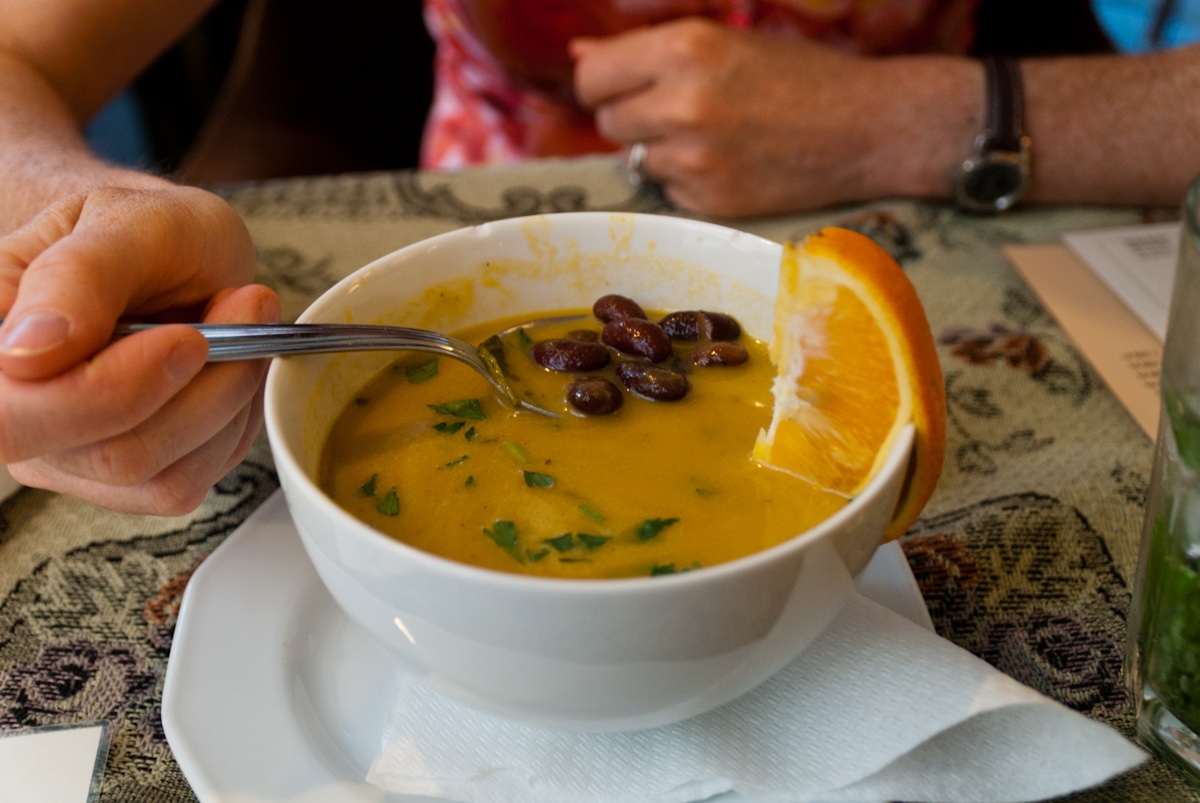 We started with a squash soup with kidney beans. How interesting! 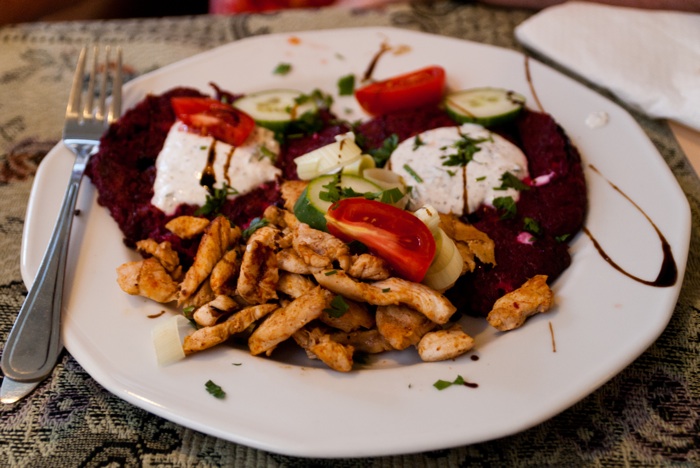 Since there were so many options, we decided on sharing two very different meals. The first had red beet patties (beetcakes?) alongside grilled chicken pieces and a very interesting herb cream sauce. The second was more traditional Hungarian fare with pickles, potatoes, boiled eggs, and a similar sauce - a very unfamiliar combination! 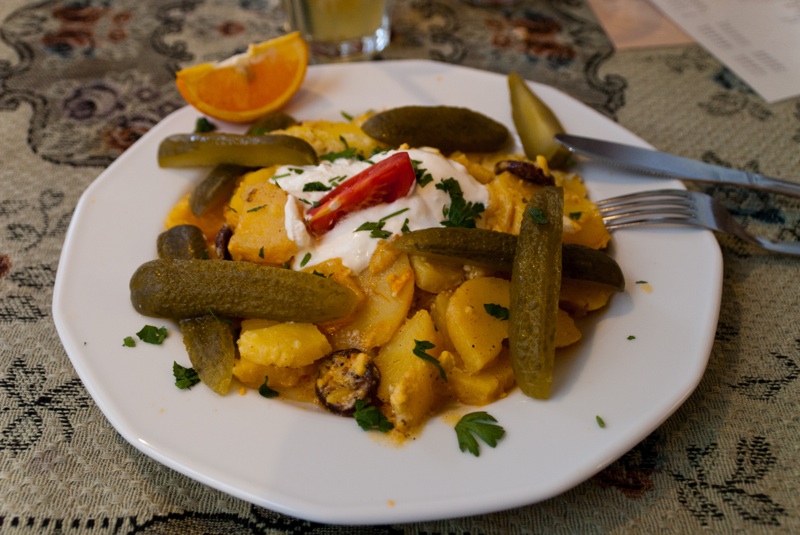 I highly recommend Castro Bisztro for both vegetarians and meat-eaters. It was difficult to decide which entree to choose- everything sounded so good! One warning- they do not take credit or debit cards- cash only. For the price, it was an amazing value. 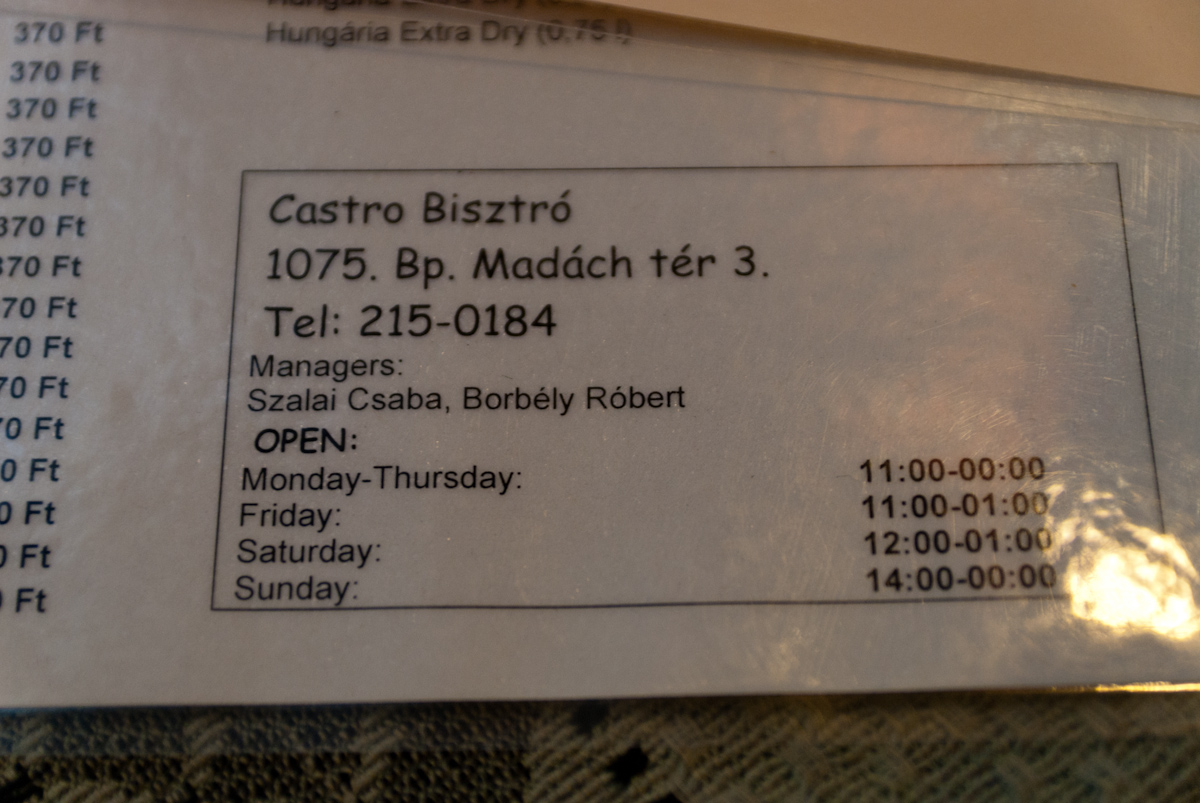 Posted by Meredith Graham at 10:55 AM