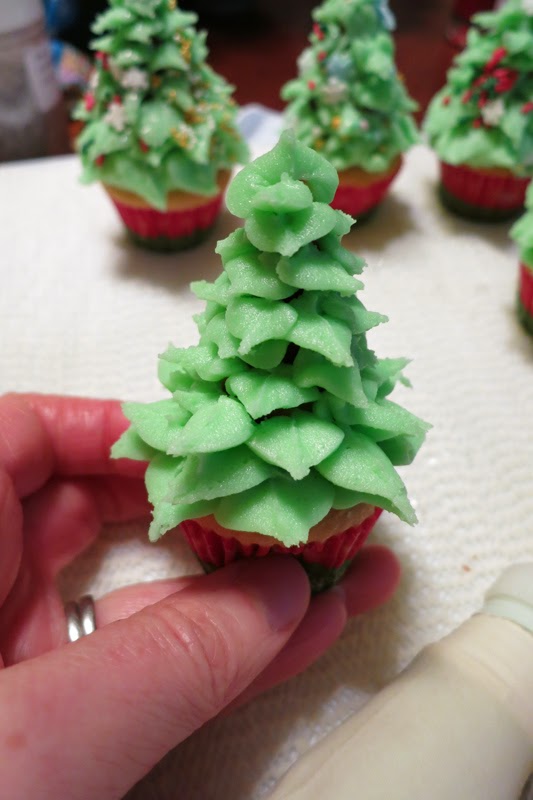 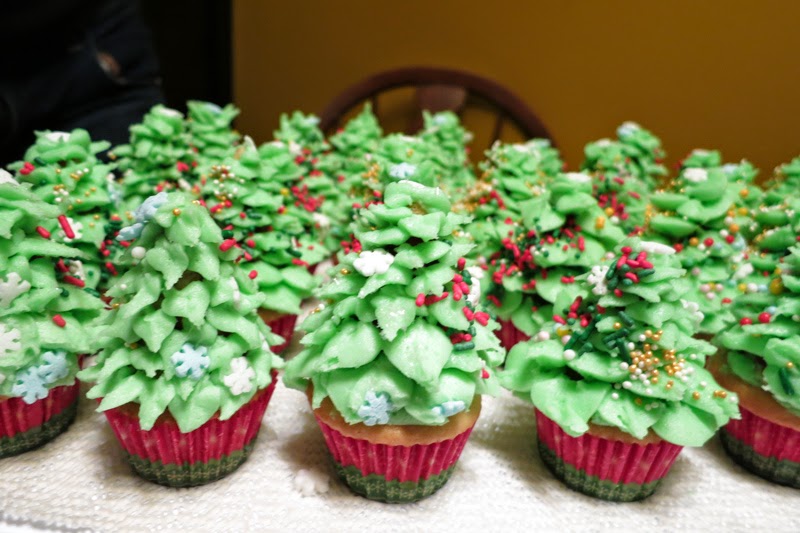 For my daughter's Christmas dinner at school I wanted to bring cupcakes or cookies and since I could not decide, I did both. First I burned all my fingers making home-made ice cream cones using this recipe (but in miniature form- 1 tablespoon of batter per cookie, shaped around a HEMA toy ice cream cone covered in foil). Then, I baked vanilla mini cupcakes and made some green basic butter cream. 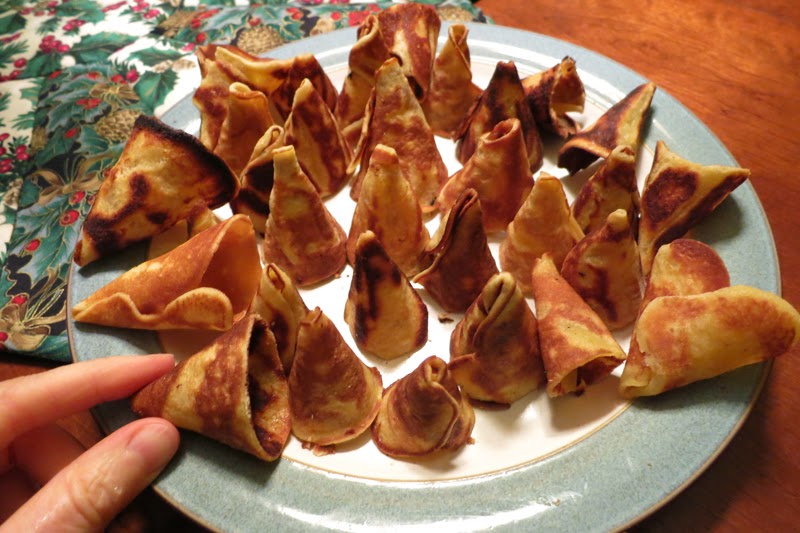 I used kitchen shears to trim the cones to the right height. To make the trees, I piped a bit of icing in a circle on the cupcake and pressed the cone into the circle of icing. Then I used a leaf tip- Wilton 366 (large one) and Wilton 352 (same thing but smaller) to pipe branches (leaves) on the trees, starting from the bottom and going up. The more random the placement the better, and I used the big tip on the bottom branches and the smaller tip on the top with a single leaf coming out of the very top to finish it. 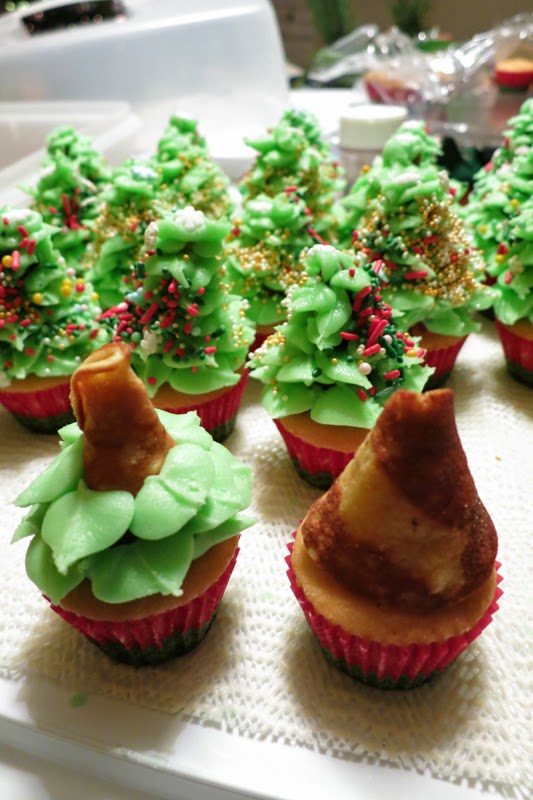 Dina was on decorating duty and did not disappoint. She choose which sprinkles to use and in what quantity. We discovered that while stable, these don't stay together if you tilt them 90 degrees to apply the decoration. In the photo below, you see her tilting at the maximum allowable angle. However, since most of them fell over during the car transport to school, I will also say that they looked remarkably good after rolling around all together- I think the cookie underneath kept the shape nicely. 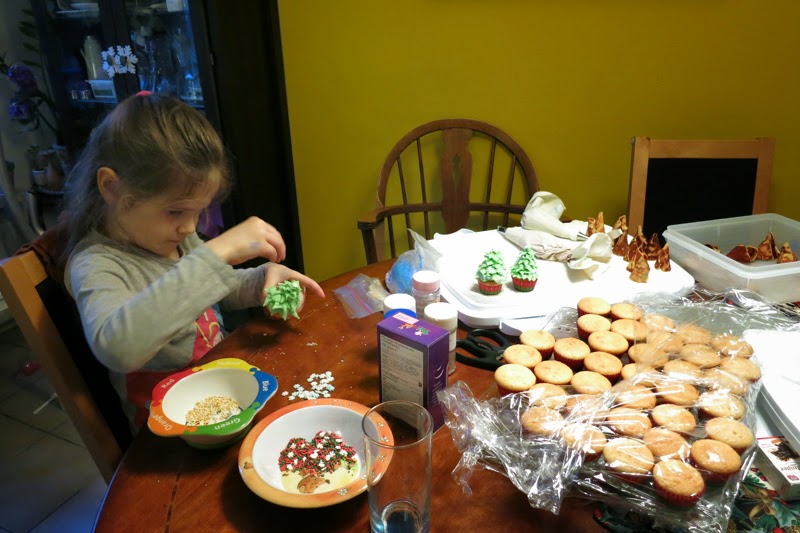 My husband called these unjustifiable cones because upon returning home I tried to pipe trees without using the cones (I did not have a single extra cone which was stressful.) and lo! The trees are pretty adorable without using cones, too. 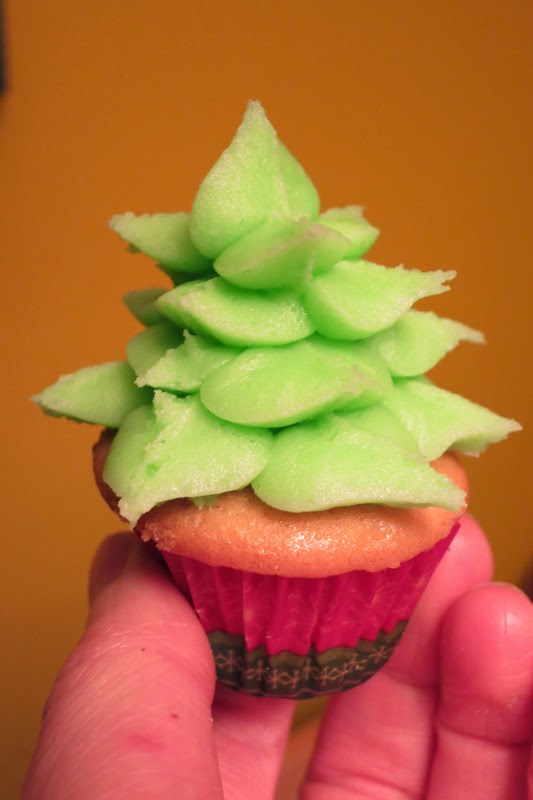 And I made a wreath and a cute sprig of holly, too. And neither of those required finger-burning cones. 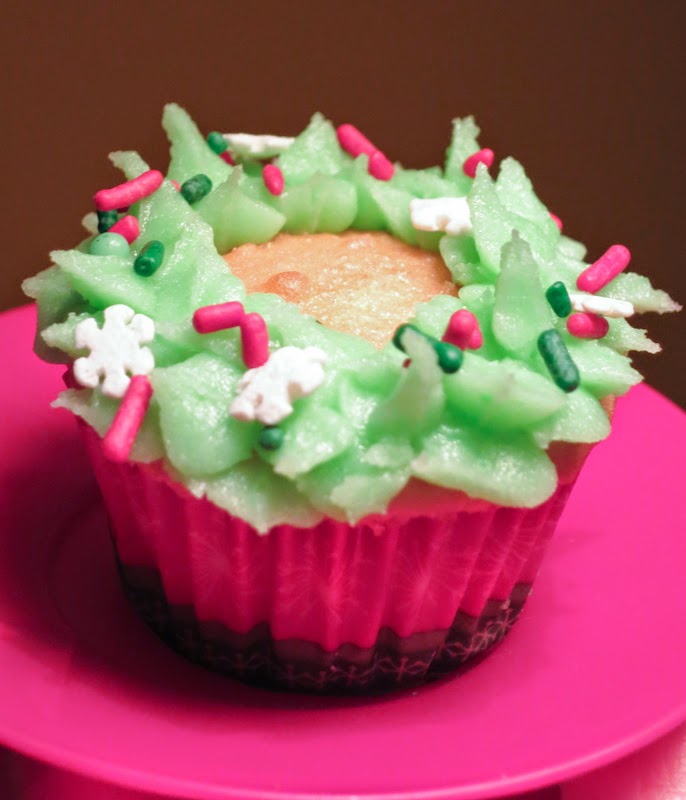 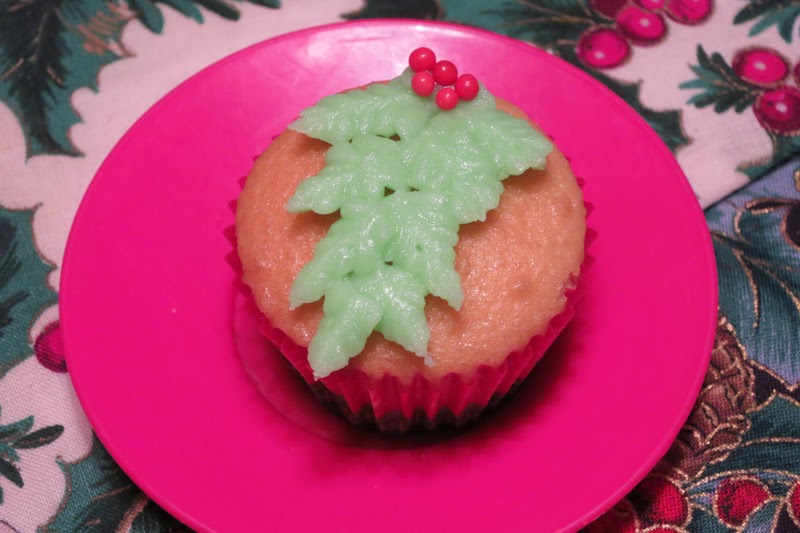 Did I mention how much the cones sucked? No. Well. They did. But the cone scraps were pretty tasty on their own.

Dina and I made a forest. 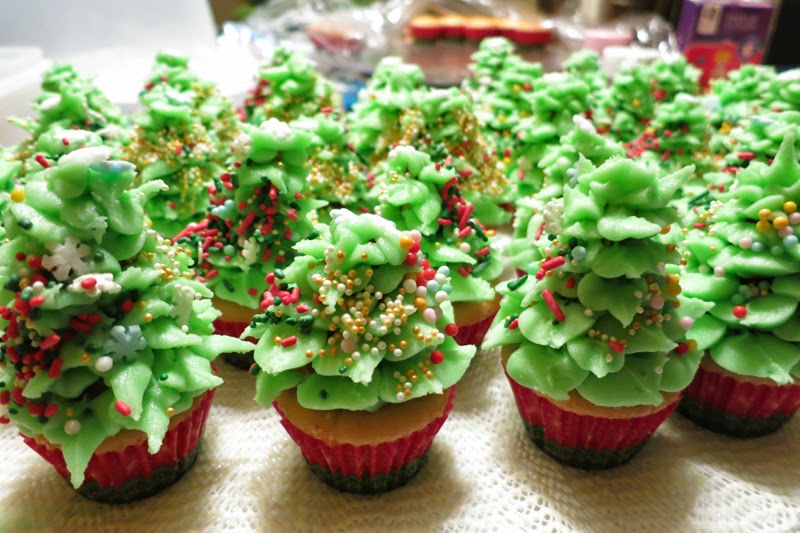 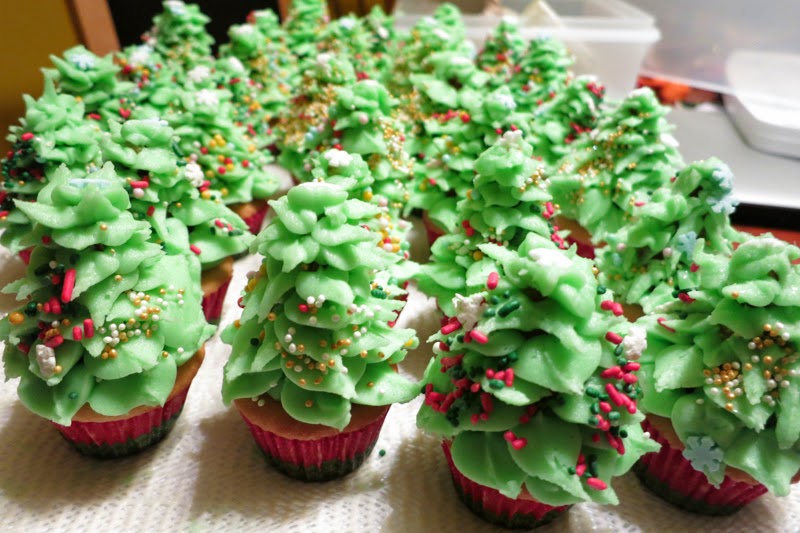 Posted by Meredith Graham at 10:41 PM