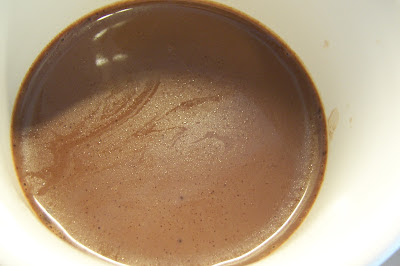 The snow is finally here in the Netherlands! The day we returned from Austria it snowed about 6 inches, causing the last 3 km (of our 900 km trip) to take 1 hour instead of 10 minutes. The roads and trains were all a mess, but the beauty and fun that is snow made it all worth it the next day when we woke up to this: 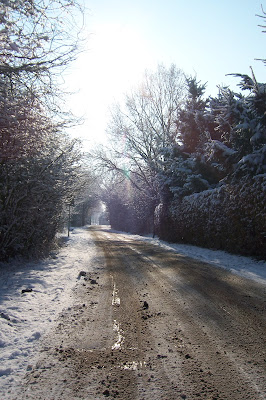 We even got to skate on our local pond! The Dutch are crazy about skating, and so am I. Unfortunately, my 32 year old skates finally bit the dust. They had belonged to my mom when I was a child, and she used them to skate on Keuka Lake. I used them in college when I took skating as a gym credit, and on Rochester's Manhattan square park ice rink. The skates have been in storage (out of the sun) for the past few years we've lived here and when I tried to put them on, they just fell apart. 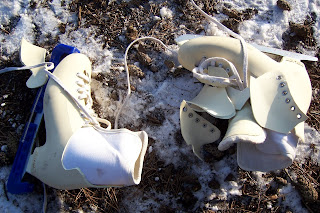 I was lucky my friend Inge was also skating with her boys and our timing was perfect- she was finishing up when we arrived, so she loaned me her skates. 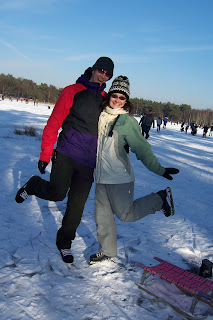 On the first Sunday since the super cold temperatures have hit us here, I think the entire village showed up to skate on the pond. Some people were playing hockey, some people were pulling their kids on sleds on the ice, some were having hot beverages at a table set up on the ice. Gezellig! 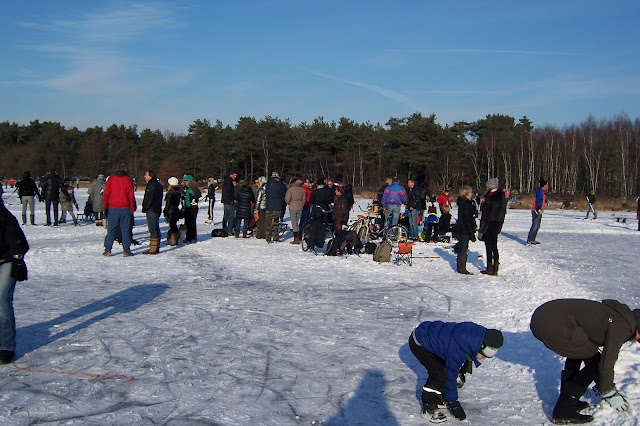 The hockey game even had uniforms of sorts! 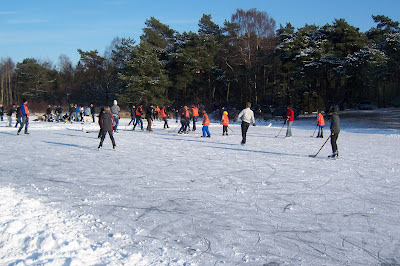 Even the dogs had fun on the ice: 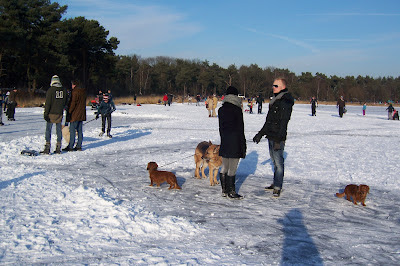 When we got home, I was craving hot chocolate. While I can't say I'm actively trying to eliminate sugar from my diet, I am trying to reduce my sugar intake. A sugarless hot cocoa search on the web gives you lots of artificial sweeteners and pre-made packets, but why not use a natural sweetener like honey? 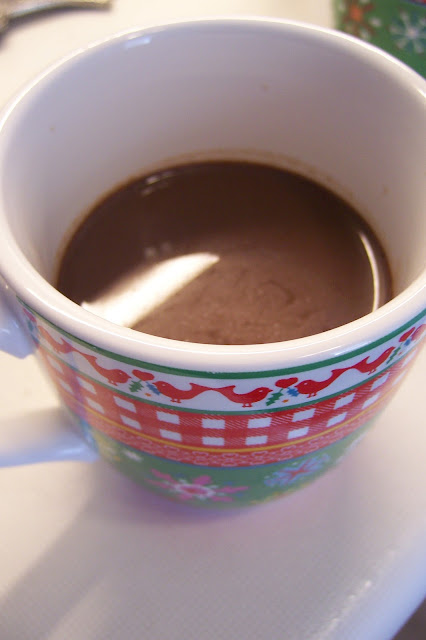 Confession: I forgot to take a photo until there was just a half cup of cocoa left. It reminded us of melted chocolate ice cream. Rich, thick, hot and pure chocolate.
Next time, if I'm shooting for a vegan version, I think I will try this with oat milk, as that seems to be the closest thing to milk without that tell-tale soy flavor.

1. Bring milk to a simmer over low heat on the stove. Add cocoa, whisking to combine for several minutes. Add honey, and stir until completely combined.

Personally, I found that slightly less honey (about 1 tsp per 1/2 cup of the cocoa/milk mixture) was enough for my tastes, but my daughter liked about double that level of sweetness, which is what this recipe calls for. I even enjoyed the cocoa/milk mixture unsweetened and also liked it added to my coffee.

Doesn't this photo remind you of one of the old Dutch masters' paintings? 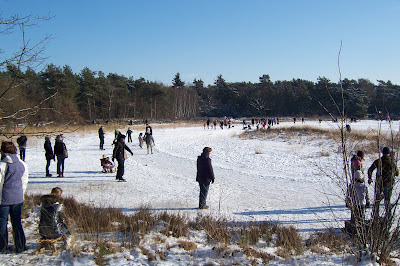 I sometimes feel like I'm living in the past, but in a good way.
Posted by Meredith Graham at 12:38 PM