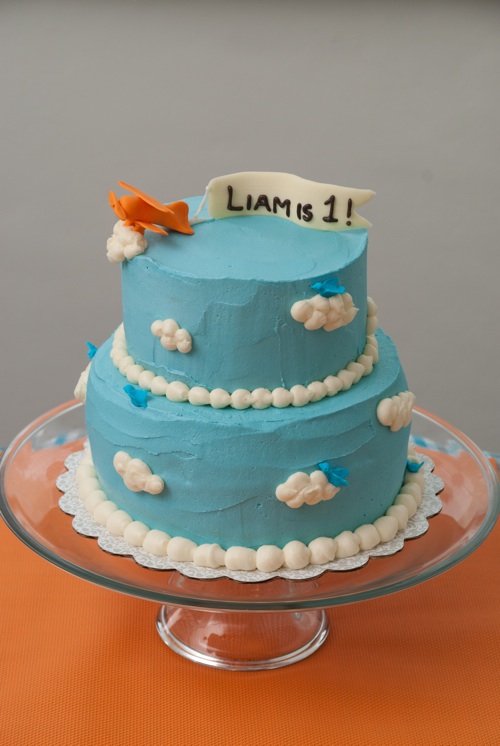 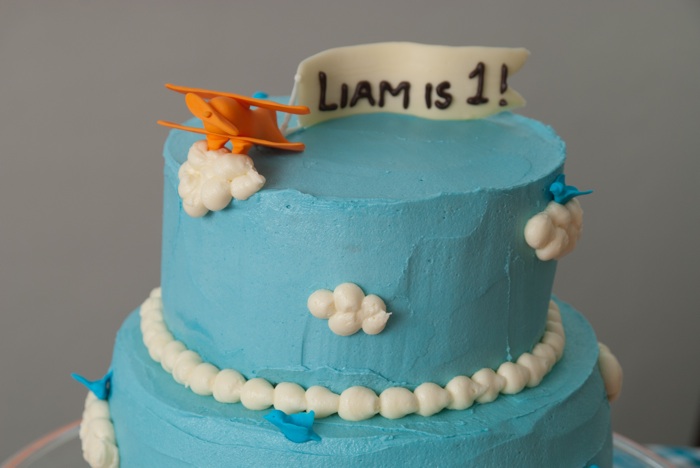 When my friend Jessica asked me to make her son's first birthday cake, I felt so honored. Every child's birthday is special and a first birthday is especially so! Jessica is such a creative person- the party could not have been more gorgeous. The invitations were plane tickets! The color scheme was blue and orange- absolutely perfect. Ahead of time, I made a gum-paste plane and white chocolate banner (actually I made several of each- to allow for breakage) as well as some teeny tiny gum-paste blue birds. The only non-edible part of the entire cake was the small piece of tooth-pick I used to spin the propeller on the plane. I felt it just had to be able to spin! 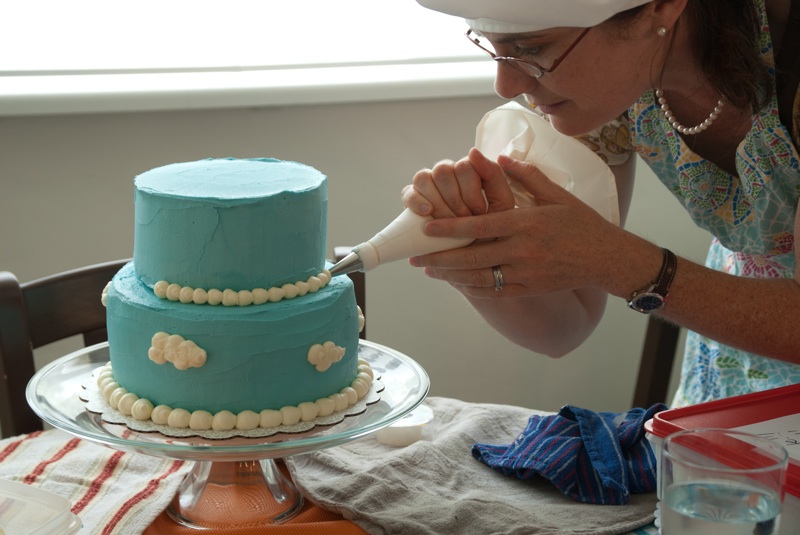 I used a round tip 10 for the clouds and top border and a round tip 12 for the bottom border, piping with my recipe for Basic Buttercream. 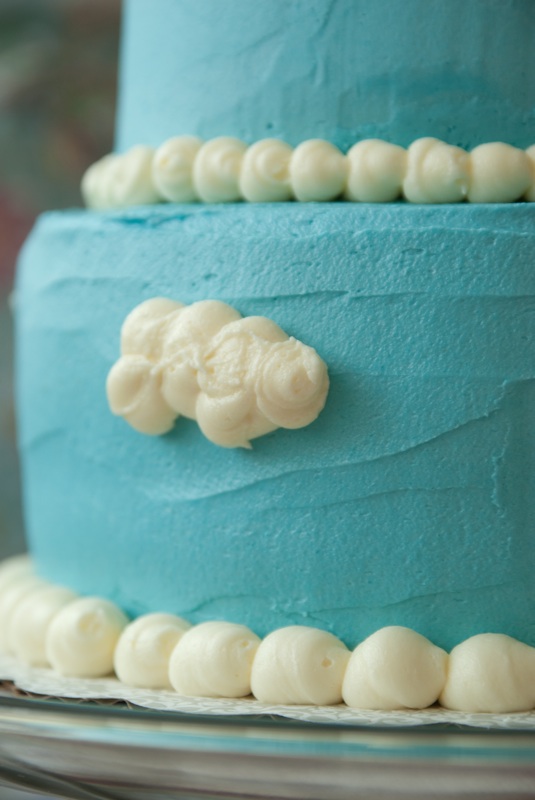 Just before placing it,  I made a small 'rope' from gum-paste to connect the banner to the airplane. 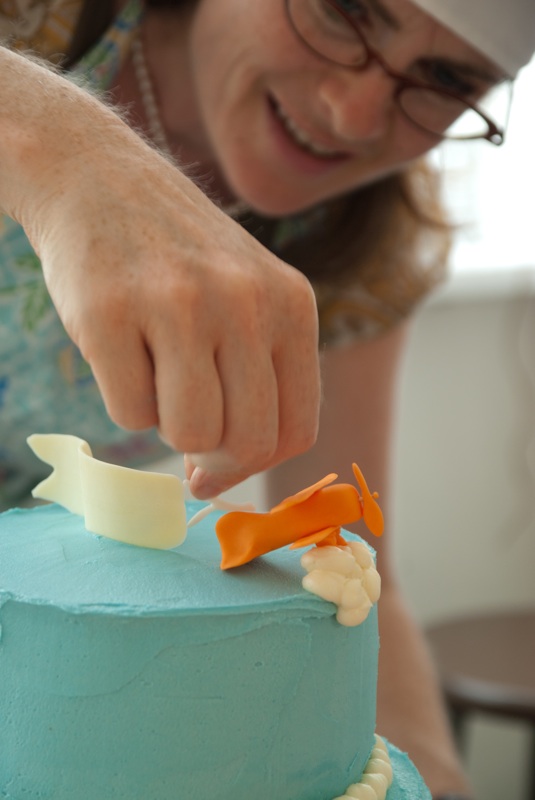 Since the birthday boy loves birds, tiny blue birds adorned the clouds. They were challenging to shape due to their small size. I started with a pea-sized piece of gum-paste, rolling it into a cylinder, then pulling the wings from the sides and tail and beak from the front and back. I used a toothpick to add the eyes and a bit of feather texture on the wings and belly. 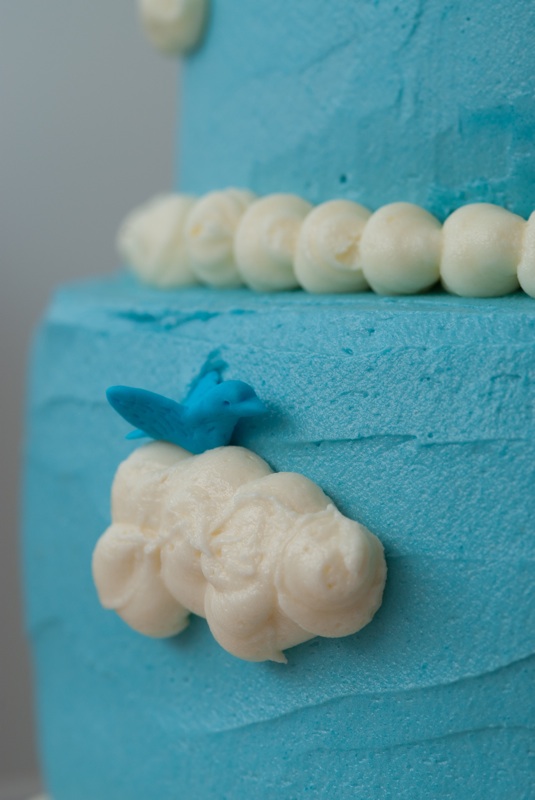 The birthday boy needed his own cupcake to taste, so I made him one using Wilton's 2D tip and a round tip #3 to make the white dots. Topped it off with a Number 1 candle from HEMA, one of my favorite stores in the Netherlands. 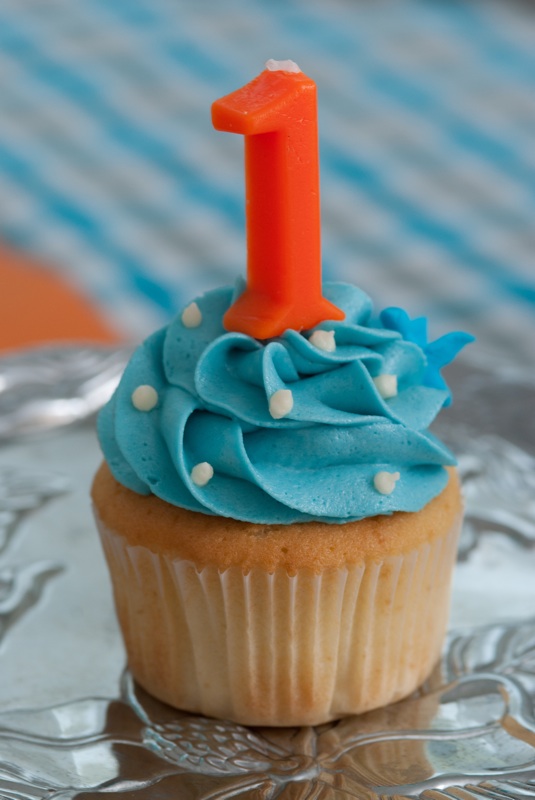 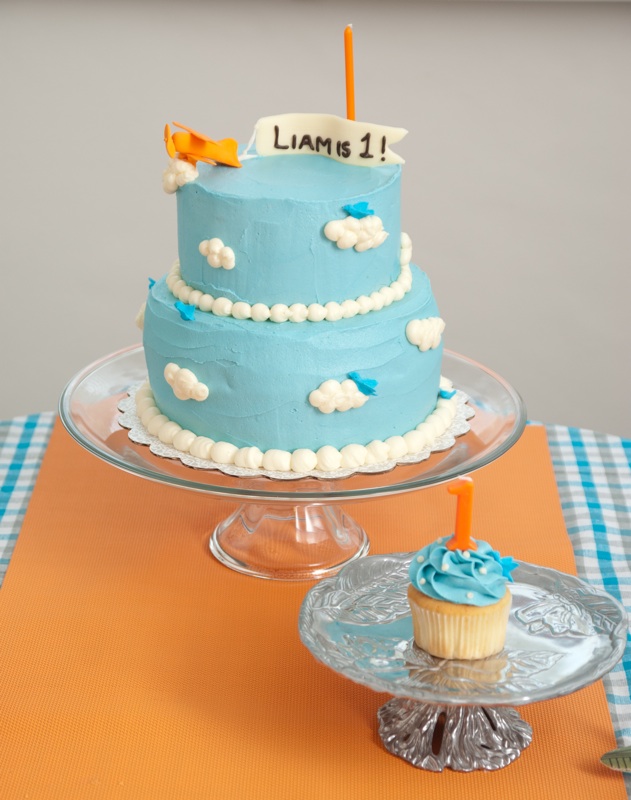 In order to create the curved banner in white chocolate I needed to have it dry on something curved in the same shape. I used a cardboard tube from a paper towel roll, cut in half and re-taped together to form the "S" shape. After piping the white chocolate banner on waxed paper I carefully lifted it onto the "S" and let it dry there overnight. The following day I piped the dark chocolate lettering, "Liam is 1!" 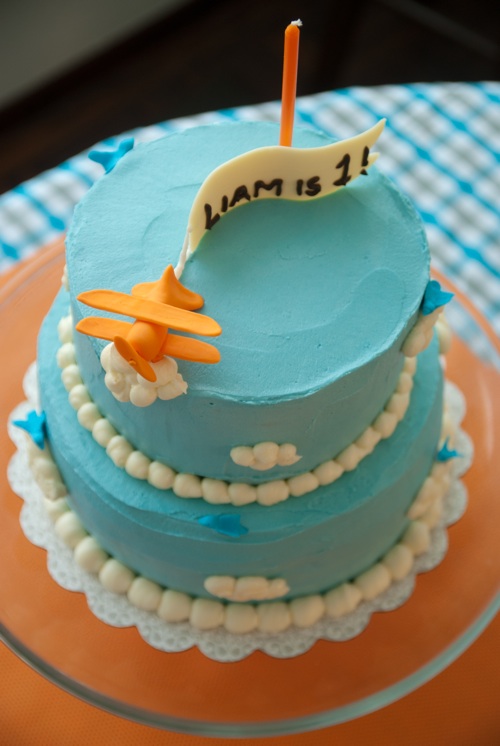 From the moment Jessica explained her request and theme I knew I was going to have a blast making this cake. It was a pleasure to create and I feel so lucky to have been a part of a very special boy's first birthday. 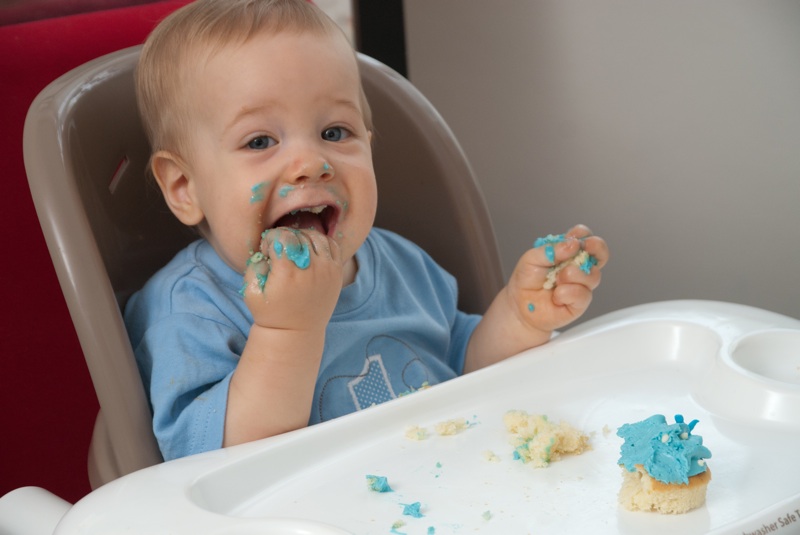